Home
Gout and Diet
Vegetables and Mushrooms
Asparagus and Gout – Is Asparagus Bad for Gout?

Gout is the kind of affection you can cure, but you never know whether or not it will get back. While medication could be needed to handle the excruciating painful sensations, the truth is a healthy lifestyle represents a better option for gout sufferers. Furthermore, you will have to make some dietary changes. Even if gout is gone, sticking to these healthy choices will inevitably prevent potential flareups.

Many of these dietary changes revolve around purines. Too many purines in the body will break down into too much uric acid, which cannot be fully eliminated. This is when gout kicks in. Indeed, moderate amounts of purine rich foods will not necessarily trigger gout straight away, but caution is needed. Now, most changes imply having more fruits and vegetables and less meat, fish or alcohol. But what about asparagus? Is there a connection between asparagus and gout?

Before getting into smaller details, you should know that no single food is the main cause associated with gout. Gout hits as a combo of multiple unhealthy choices – different foods may cause it out of nowhere. There are more factors that simply add up, leading to a breaking point – this is when the attack kicks in. A heavy meal with high amounts of purines could be that point, indeed. However, chances are the attack was already building up.

Based on the content of purines, asparagus is normally considered a risky food. Compared to other vegetables, asparagus has relatively high amounts of purines. Too many purines in the body will cause too much uric acid. Once broken down, it will feel like crystals cutting through your joints. The painful form of arthritis occurs when the uric acid is not fully eliminated through urine. In theory, the body produces purines as well, but supplementing the amount with a high purine diet will lead to the painful episodes.

A low purine level is not a cure for diet. However, sticking to a healthy lifestyle will easily help you prevent further gout flareups.

Asparagus could be a bit confusing here. Most doctors will recommend giving up red meat, some fish or alcohol – especially beer. They will also recommend a high vegetable intake, not to mention fruits. But then, asparagus is rich in purines. So, is there a connection between asparagus and gout?

The truth is vegetables and other foods react differently throughout the body. Having tuna, for instance, is different from having asparagus. Both foods are rich in purines, but asparagus is assimilated by the body in a different way. Asparagus – as well as other veggies rich in purines – will not necessarily trigger a gout attack or increase the risk of a flareup. Other similar veggies go in the same category, such as peas, mushrooms, spinach or cauliflower, not to mention foods with moderate amounts of purines, such as lentils or beans.

Is asparagus bad for gout?

In theory, asparagus is not associated with recurring gout flareups or the actual development of the affection. Despite having high amounts of purines, it is far from foods like red meat or seafood. It is not even close to alcohol – mostly beer. With all these, it does not mean that you can eat asparagus for breakfast, lunch and dinner.

While considered safe, you should not exaggerate. Up to three servings a week should be more than enough for most people without any exposure to gout related risks. The goal is to achieve diversity from your diet and adopt some good eating habits. Avoid some of the foods with high amounts of purines, but not all of them – asparagus is a good exception. No matter what you are after, moderation is key.

As a short final conclusion, lots of foods have been analyzed to develop the perfect diet for gout – no such thing. Eat moderate amounts of most things, but avoid most foods with high purines. Exceptions do apply. While rich in purines, there are no connections between asparagus and gout. It does not mean that you can abuse it, but moderate amounts of it a few times a week are not associated with the development of gout or painful attacks and flareups. 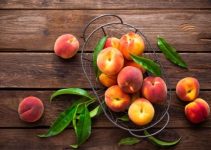