Home
Gout and Diet
Vegetables and Mushrooms
Cauliflower And Gout – Is Cauliflower Bad For Gout?

Of all foods, fruits, and vegetables I have defined and linked with gout over the years, cauliflower is the most complicated to define. Believe or not, there are different opinions and different results, so you will need to take some time with this, a particular matter. At the moment, I will tell you that cauliflower and gout have been linked in good and bad sides. So, let’s see both of them.

Does cauliflower cause gout?

There are a lot of people who believe that cauliflower caused their gout attack. A lot of doctors believe this same thing. There are no scientific explanations regarding the matter and there is no other evidence either. However, I was able to find one reason why some people may believe in this claim.

There are two bases of purines in cauliflower. They are hypoxanthine and xanthine. The second one won’t cause a uric acid increase and it is harmless. On the other hand, we have hypoxanthine which does cause the uric acid to spike. It is present in cauliflower, so this can be the only explanation for why some people believe cauliflower caused their gout attack. These facts were confirmed by several studies, so their accuracy is a must.

Suggested article: The ULTIMATE List Of 14 Foods To Avoid With Gout

Now I will cover all the good or at least neutral sides when it comes to cauliflower and its link to gout. First, I discovered a study conducted in 2004 and published in The New England Journal of Medicine which proved that cauliflower doesn’t have a side effect on gout. It won’t increase the uric acid levels and it is free to consume as often as you want.

Is cauliflower bad for gout?

Then I went one step further and I discovered additional studies that proved the same claim. Basically, cauliflower is irrelevant to gout and it won’t make it worse nor better of that matter. The main explanation is in the ingredients. Although cauliflower may contain some elements which will cause a gout attack, they are present in low amounts, so they are unable to spike the uric acid levels nor to do any other harm.

Other facts you will want to know is that cauliflower is low in calories and fats. It is a healthy vegetable after all, which is frequently consumed, despite the fact most people don’t like the taste. Precisely this can be considered as another advantage of cauliflower and the main reason why you should consume it frequently, especially if you want to have a healthy diet.

What’s the verdict regarding cauliflower and gout?

After a lot of research, I discovered that cauliflower isn’t beneficial for us, gout sufferers. It won’t decrease the levels of uric acid, it won’t stop the attack nor do anything similar of that matter. However, as a part of a healthy diet, it is an important vegetable to consume. It has low-calorie count and it is healthy in general. You are free to consume it if you like it as often as possible, but try to avoid it during a gout attack. It still contains more purines than some other vegetables.

Suggested article: Spinach And Gout (Details About This Superfood)

Cauliflower and gout don’t have a lot of things in common. Cauliflower won’t affect gout, definitely and it won’t be responsible for an attack. On the other side, it won’t stop a gout attack either and it won’t decrease the uric acid level. I will leave you with your own decision. If you have something more you want to ask or know, be free to do so by leaving me a comment. I promise I will answer as soon as can. Till then, don’t be afraid of cauliflower. It is free to consume and it is another, healthy vegetable after all. 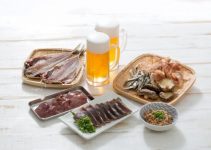