Home
Gout and Diet
Fish and Seafood
Tuna and Gout – Is Tuna Bad for Gout?

Tuna is one of the healthiest types of fish out there. Rich in healthy acids and protein (but also tasty), the fish is widely used in a series of different cuisines and recipes. Other cold water fish will go in the exact same category. As healthy as they are, there are certain conditions when tuna could bring in a bunch of dangers that will easily outweigh the benefits associated with it. This is when gout sufferers will end up asking themselves – is there a connection between tuna and gout?

The connection between tuna and gout

Gout is caused by too many purines in the body and lots of fish and seafood are high in purines – unfortunately, tuna makes no exception. High amounts of purines can cause high levels of uric acid, which will inevitably trigger gout attacks. Whether you suffer from gout or various kidney affections, having too much tuna in your diet will inevitably cause hyperuricemia – high blood uric acid levels – and lead to multiple complications.

Is tuna bad for gout?

Despite being labeled a superfood and featuring lots of protein with almost no fat at all, tuna is not the best choice for gout sufferers. Indeed, it is tasty and can work wonders in a series of recipes or combinations. But on the same note, the gout flareups and exquisite painful sensations are not worth it. A serving or two every now and then may not necessarily trigger gout, but most patients are advised to stay away from it.

A single serving of tuna once in a while will not necessarily trigger a gout attack, unless you actually suffer from the affection – in this case, it will intensify the painful sensations. Tuna goes in the same category with other similar foods – salmon, trout, scallops, shrimps, oysters, lobsters and so on. If you have never suffered from gout, you can still have small amounts of tuna every now and then in order to reap the benefits of this food though – lots of protein, low fat and low carbohydrates.

On the other hand, preventing the issues associated with high levels of purines also depends on how you cook tuna and how often it shows up in your menu.

There is a well-known connection between canned tuna and gout. Despite the numerous benefits of tuna, the canned variety also has high amounts of purines – the most common issue associated with gout flareups. Canned tuna has almost 120mg of purines for 100g of food.

Canned tuna comes in more varieties. If you do want to have tuna every once in a while, stick to light canned tuna – such as skip jack. You can have a couple of small servings a week. A serving should not exceed four ounces – about the size of your palm. To help you get an idea about it, the daily intake of purines to have without triggering gout should not exceed 400mg.

In theory, fresh tuna should be healthier than canned tuna. Is tuna bad for gout then? In reality, it is worse for gout sufferers, as it contains more purines than canned tuna. Again, there are different varieties out there, with white tuna, yellowfin and albacore dominating the market. These are some of the healthiest options too, yet they require moderation – a single serving a week should be more than enough. If you experience gout flareups on a regular basis, you might want to avoid it altogether.

Indeed, fresh tuna comes with plenty of nutrients, minerals and vitamins. It could be described as a superfood. But then, other foods bring in similar nutrients, yet they also have less purines. In other words, they represent more viable solutions for people suffering from hyperuricemia or gout.

On the same note, if you truly love seafood and fish, you can also find better alternatives with lower levels of purines, such as catfish, Atlantic mackerel, anchovy or clam. There are, of course, some differences in taste. In terms of nutrients, they are relatively similar. As for gout sufferers, these alternatives will make the difference. 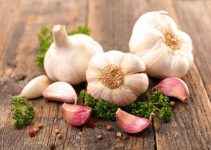