Home
Gout and Diet
Vegetables and Mushrooms
Spinach And Gout – Is Spinach Bad For Gout?

I know that most of you like spinach and some will even believe that it helps them with gout. Actually, there are high chances for that. Spinach is a super food and it has been rated at the top of the list, next to parsley and broccoli. It is just loaded with nutrients and ingredients, so it is actually one food that you will definitely want to consume daily. But, some of you like the taste, some don’t and some just hate it. Anyway, I will try to explain the link between spinach and gout.

The first thing here is the fact that spinach should and can be consumed by gout sufferers. There are no side effects associated with the intake of spinach and it is irrelevant are you a gout sufferer already or you are at a higher risk of developing the condition. The main fact to keep in mind is that spinach can be freely consumed separately or in other meals.

The next time when you are in a restaurant and you see spinach used as a base for other foods, eat it. It is loaded with all the nutrients your body needs, so you will definitely want to consume it as often as possible. Never miss a chance.

Suggested article: The ULTIMATE List Of 14 Foods To Avoid With Gout

Is Spinach bad for gout?

Here I must cover the relation between spinach and uric acid. And yes, it does affects it and there is medical data that confirms that. But, it affects it in a good way. Spinach is rich in purines in moderation. This means that it isn’t the richest nor the lowest when it comes to purines. There are several information I was able to find and each one is different. Spinach contains between 20 and 50 mg of purines per 100 grams. Even in the worst case scenario, it isn’t dangerous and it should be consumed freely. Your uric acid levels won’t be increased if you consume spinach.

As I have mentioned already, spinach is rich in specific flavonoids such as kaempferol, quercetin, and myricetin. We are interested in the second one the most and here’s why. It has been used in several studies which were conducted on mice. They discovered that this flavonoid did decrease the level of the uric acid, but in very low amounts. On the other hand, we can see another, recent study that monitored the effect of these flavonoids, the quercetin the most on people. They discovered that it did decrease the levels of uric acid.

One way or another, spinach is actually beneficial for us, gout sufferers. Of course, do not expect some impressive or extreme properties and results, but at the end of a day, your uric acid levels will be lower. These are not the most impressive results I have come across, but they are still positive.

I know that most of you will like their spinach with vinegar. Well, it is still a safe food to consume and it won’t affect uric acid levels more than without vinegar. Regardless of how and when you consume it, this food is still beneficial and it can be still consumed without any risk of developing gout or making it worse. At the end of a day, this may be an even better choice than spinach alone. It is definitely more delicious.

But, keep in mind that vinegar and spinach should not be consumed during the gout attack. The problem is in spinach actually. It is still a bit rich in purines and during a gout attack, the last thing we all want is to increase the intake of purines. Keep them, as low as possible and you will be fine.

Suggested article: Gout And Apple Cider Vinegar (Is It The Holy Grail?)

Spinach and gout can be linked and there won’t be any issues. However, you may get some minor improvements but this is still a fresh topic. Don’t forget that the spinach and vinegar are equally beneficial and there won’t be issues either. If you are interested in knowing more, be free to leave a comment. Until then, try to add spinach to your diet, but in moderation only. Also, you must avoid it during a gout attack. 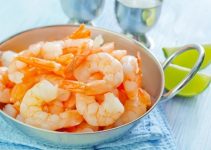