Arthritis is marked as chronic pain whose treatment takes time. This persuades its patients to look for alternative remedies. One of these remedies is reflexology, a non-invasive remedy featuring some kind of hand and foot therapy that originated in China and Egypt long before the birth of Christ.

This complementary therapy is based on the premise that the myriad of points on the hands, feet, ears, face, or lower legs link to the different body parts. According to reflexologists, treating these points holistically helps in enhanced wellbeing and relaxation.

This therapy does not detect or cure but supports such a way to promote wellbeing. According to it, each individual is unique; each person will react differently and that it is impossible to find in advance how the response will be. Still, post-treatment, the feelings of relaxation, improved mood, and better sleep are common.

So, does it also help relieve the symptoms of arthritis? Let’s find out!

Reflexology refers to the application of different extents of pressure to the specific points, also known as the reflex points, on the feet. The aim here is to relieve stress and trigger relaxation. Each of these points is alleged to link with an organ or a body structure. The chosen points correspond to the painful parts of the body.

The experts believe that body issues are exposed to the corresponding foot area. Usually, a reflexology session is for an hour. In this session, everything is known about the lifestyle, present issues, and past illnesses. Then, the foot is examined meticulously after which it is massaged first to trigger relaxation and then specific areas of the foot are treated.

Is reflexology good for arthritis?

Yes, reflexology for arthritis can work. A couple of case studies have been made to find out the impact of reflexology on arthritis symptoms. According to them, this treatment has been found to be helpful.

According to a trial study published at painmanagementnursing.org, pain and fatigue scores dropped considerably in patients having rheumatoid arthritis after reflexology. Similarly, according to the clinical implications in a case report published at researchgate.net, reflexology can be a valuable aid for managing foot pain in those with rheumatoid.

According to The British Reflexology Association, reflex areas exist in the feet for all body parts. When the treatment is given, all reflex areas are targeted in both feet to promote relaxation and restore balance, which aids in relieving symptoms.

How reflexology may work to relieve arthritis symptoms?

According to the reflexologists, the pain impetus passes via the nerves that are known to act slowly; whereas, the touch impetus goes through the fast-acting ones. The latter enables the touch to impede the pain at a high transit level. This is identical to the notion of rubbing your hit elbow to decrease the feeling of pain. So, in this way, reflexology can improve pain tolerance as well as threshold.

Arthritisdigest.co.uk has shared that as per small research on reflexology versus Ibuprofen, reflexology was found to be statistically more effective in relieving pain than Ibuprofen, especially menstrual pain.

Keeping specific arthritis conditions, a few reflex areas seem to be of great significance. These are as follows:

Several physical therapists and chiropractors offer this treatment. Most of them tend to recommend reflexology to be taken with the traditional treatment methods so that it can complement them instead of acting as a substitute for them.

What benefits can you expect?

Although not used alone, reflexology can greatly relieve painful and stressful symptoms. It is likely to make the medical condition more tolerable by:

For whom is reflexology for arthritis Suitable?

This therapy is not meant for those with infectious conditions or active deep vein thromboses. Older or feebler patients can take a modified shorter treatment. However, it is essential to undergo this treatment repeatedly to get continued results.

Reflexology for arthritis can be useful, provided a body-friendly course is planned.

Suggested article:
– 7 Exercises for Arthritis in Hands – Reduce Your Pain Naturally
– What Does Arthritis Feel Like?
– How To Prevent Arthritis In Knees – Info and Prevention
– Top 12 Foods to Avoid with Arthritis – The ULTIMATE List
– Hypertrophic Arthritis – Causes, Symptoms and Treatment
– Carpal Tunnel Vs. Arthritis – Differences & Similarities
– Postpartum Arthritis – Arthritis After Pregnancy 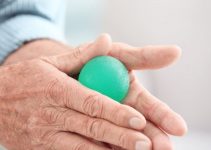 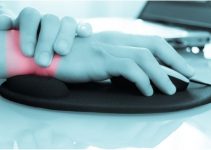 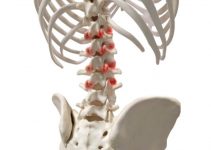