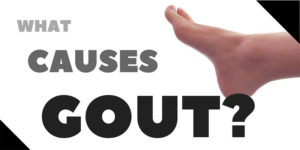 What are the main causes of gout?

One of the main causes of painful gout attacks is the sudden increase of uric acid in your blood. When the level of uric acid increases, it tends to develop into some form of urate crystals and gets deposited over your joints. One of the major sources for higher levels of production of uric acid is either through dietary sources or through the increase in the synthesis of uric acid in the human body itself. When the crystals form a deposit over the joints, it causes severe to extreme pain in the affected area.

People having the habit of drinking too much alcohol and having lots of fish and meat are prone to get affected by gout attacks as these drinks and food come with a lot of dangerous gout causing chemicals called purines. When you intake a lot of purines, these purines are broken down into urate crystals that get deposited in the joints, knees and ankles to cause gout. Another major cause of gout is by genetic ways, as there are chances of you getting attacked by gout, if any of your members in your family have already been diagnosed with gout.

fish and alcohol are bad for gout

Which foods cause gout?

When it comes what causes gout, foods that are rich in purines are the main culprits of causing gout. Hence it is good to avoid taking foods that contain too many purines in it.  Now let’s see which of these food contains a lot of purines in it and are to be avoided.

Foods to avoid with Gout

Even though some types of gout are not so painful and can be healed if treated properly, if you take too much seafood during those times, the gout level may flare-up and may cause extreme pain. Seafood and meat come with a lot of purines and when consumed a lot, these purines are further broken down into uric acid. Although eating fish and meat is healthy and come with a lot of minerals and vitamins, it is better not to take too much of it if you are already diagnosed with gout. Or it is better to have in limited quantities to protect yourself from increased uric acid levels in your blood and resulting in painful gout attacks. Scallops are good for health, but it is recommended that having more than 4-6 ounces a day can cause your uric acid levels to rise considerably. 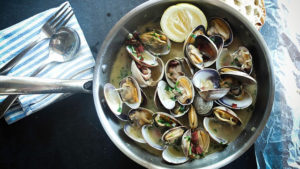 While a majority of the seafood is good for your health and can be taken occasionally, some kind of seafood is to be avoided completely, if you want to stay away from gout. It is always better to avoid tuna, herring as they come with large contents of purines. But you can go for lobsters, shrimps and crabs as they safe come with lower levels of purines. 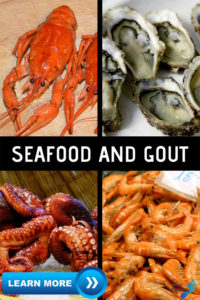 Beer is another great enemy for gout as it instantly increases the uric acid levels in your body and also make sure that it is pretty much difficult to take this stuff from your body. Instead of beer, you can go for wine, but even then drinking too much wine is also dangerous to your health. And if you are seriously affected by gout, doctors insist that you completely abstain from consuming alcohol. 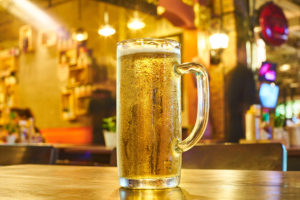 All meat is not the same when it comes to containing purines in them and red meat is highly filled with purines and could cause a gout flare-up easily. But white meat is safe to have it anytime. Lambs are also less in purines and safe to eat. It is advisable to stay from all these red meat including beef and pork during your weekend parties or have lamb instead. 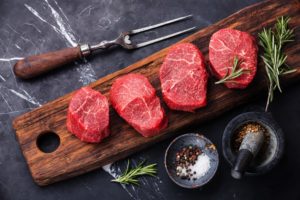 It is also better to avoid turkey and goose that comes with high levels of purine in them. And especially gout affected people should refrain from this kind of food. When it comes to safest choices, chicken and duck are good to have at any time.

Sugary drinks and beverages that come with high-fructose corn syrup also come with huge levels of purines in them. The sweeteners in these beverages will stimulate the body to produce huge amounts of uric acid. According to a recent study, people who took a lot of fructose in the form of these sugary drinks are more susceptible to get gout attacks. 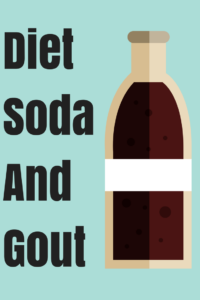 When it comes to vegetables that are rich in purines, you need to avoid or take these vegetables in lesser quantity occasionally. Asparagus, spinach, mushrooms and cauliflower are found to have rich quantities of purines. Even though they come with other useful nutrients and vitamins, these vegetables also have purines which are really bad for people affected with gout. According to doctors that your body seems to extract purines easily from vegetables than from meat.

What causes high uric acid levels in the body?

We also get lots of purines through our diet and it has been proven that around 15% of purine is sourced from our diets. Foods that are rich in purines, main gout causing chemicals include red meat, sugary beverages, asparagus, spinach, turkey, beer, herring and scallops. 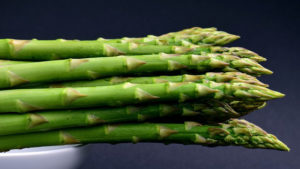 Our body also produces its own uric acid and normally most of the excess ones are eliminated from our body, but in certain conditions, it is not able to eliminate the uric acid content thus increasing the levels of uric acid in the body. The reason why your body couldn’t remove the uric acid may vary including obesity, being diabetic, alcoholic and consuming certain kind of diuretics.

Major factors that cause higher levels of uric acid in your blood include:

What are the triggers of gout?

When it comes to what causes gout, there are several reasons that are outlined below in detail: 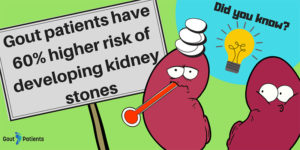 According to many studies that almost 10-15% of purines is fed to the body through our diet. The increase of purines in the body means that your body produces more uric acid and it will lead to gout. Foods rich in purine like red meat, turkey, some vegetables like cauliflower, spinach and soybeans are known to increase your uric acid levels in your blood. 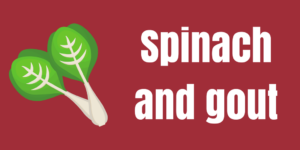 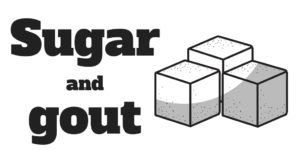 Another important factor that triggers gout is the intake of diuretics. These diuretics leads to the stoppage of uric acid secretion from the kidneys as it reabsorbs all the uric acid that is about to be eliminated thus causing the uric acid levels to rise to larger levels. 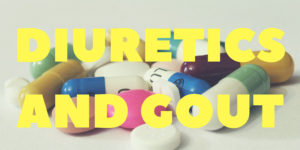 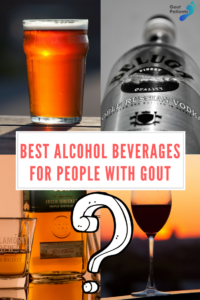 According to many studies, that obesity is also a major trigger for gout-related diseases. When you are obese, the fatty tissues inside the body helps in stimulating the increased production of uric acid in your body. This increased levels of uric acid makes the kidney difficult to release all those uric acid. This may also lead to the formation of kidney stones as well. 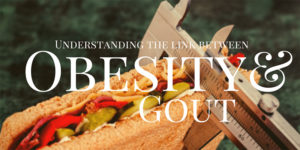 It is also a proven fact that genetic reasons are also a major factor in causing gout attacks. If any of your family members have been diagnosed with gout earlier, then there is a high risk of you getting affected with gout as the gene UCP2 increases the concentration of blood urate levels and hence increasing the levels of uric acid in your blood.

Men are more susceptible to gout attacks than women as men are generally found to have more uric acid levels in the blood than women. Hence, men are more at risk of getting affected by gout. Men who have just reached their puberty also are at higher risk as the uric acid level production is very high during that time. Hence, if the excretion of uric acid has any issues, then there is every chance of uric acid build up in the blood which may result in gout attacks.

Men who are over the age of 75 have a high risk of getting easily affected by gout uric acid level content in the body increases with your age. It has been found that the levels of uric acid are said to rise by almost 3.5-4.1% at the age of 75 years. 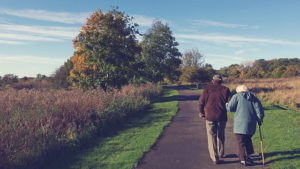 Women just after menopause are also at risk from gout as they are highly deficient with Vitamin D during that time which may cause in the increased uric acid levels in the blood. 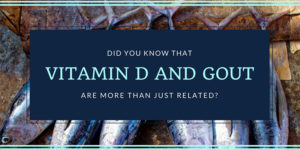 Higher levels of sodium intake are also found to increase the blood uric acid levels. Even ketogenic diet is found to lower the kidney functioning in eliminating the uric acid from your body as ketones fight with uric acid to get them eliminated first causing the build-up of uric acid in the blood. 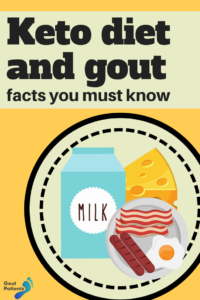 Higher levels of parathyroid hormones in the body are also known to increase the uric acid levels in the blood.

Patients undergoing cancer treatments also have a high risk of getting affected by gout as during chemotherapy numerous tumor cells are killed which results in the release of a lot of cellular content into the blood which generates large levels of uric acid in the blood.

Extended exposure to lead is also associated with increased blood uric acid levels as it affects the functioning of the kidney in excreting the excess uric acid in the blood. This may lead to the build-up of urate crystals in your knee joints and eventually leading to gout attacks.